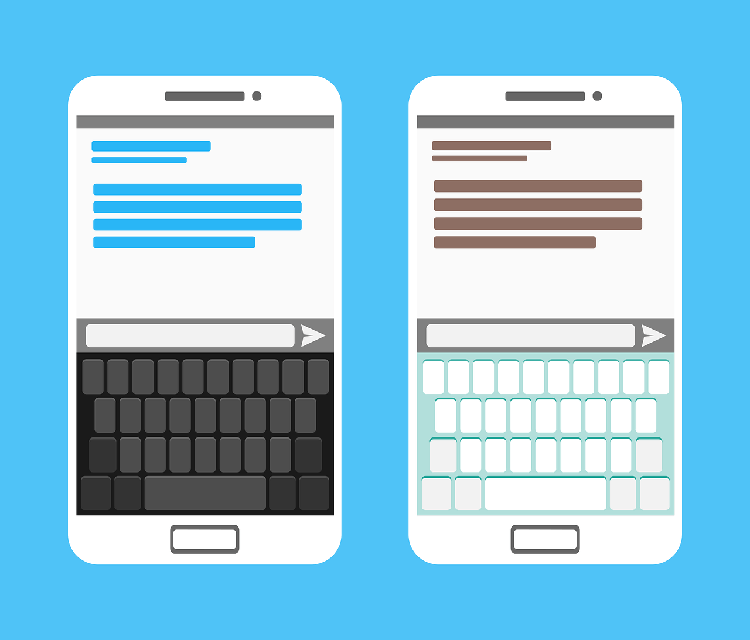 Most of the Android users rely on an app for keyboard that comes preloaded on their devices. However, there are numerous third-party Gboard alternatives keyword apps available on Google PlayStore. These best Gboard alternatives to for android keyboard apps come with cool new themes, new features, advanced swiping options, and many more.

When it comes to picking the best keyboard for your device, there’s always a risk of keyloggers and other malware.

So, I have come up with a list of most trusted, secured and most used third-party keyboards that you can give a try as an alternative to Google Keyboard.

SwiftKey can be counted as the best alternative to Google keyboard. Similar to the Gboard keyboard, Swiftkey also uses AI to learn your typing style and predict the next words.

The coolest feature about Swiftkey is that it also has the same ability to switch between multiple languages. The keyboard also has an emoji keyboard that brings tons of emojis and GIFs.

Chrooma keyboard is somewhat similar to Google’s Gboard, except that it provides much more customizable options than the Gboard does. You will get all essential features such as swipe typing, word predictions, and text autocorrect.

Chrooma has a set of features that helps you with numbers, emojis, and word suggestions. Chrooma comes bundled with the night mode feature. And that whats makes it in the list of 4 best android keyboard for android and list of best gboard alternative.

Grammarly is initially known for its grammar checker extensions for web browsers. Grammarly has also developed one of the best Android keyboard for android apps that can also check grammar and plagiarism.

Here, we might not be worried much about grammar while texting our friends. It becomes essential when dealing with professional conversations and emails on the smartphone.

Fleksy is almost similar to the native keyboards in look and feel. It could be your new buddy. Interestingly, Fleksy uses a Qwant search engine. Qwant is a private search engine.

So basically, if you dislike Google’s search engine, you are getting two benefits here. You can additionally share and watch YouTube videos from this best keyboard app Fleksy itself.

Now, it is imperative to know that many best android keyboard apps, including the ones that come pre-installed on your phones, collect typing data to provide text prediction and more.

So from what I think, these pre-installed and third-party Android keyboard apps might create some privacy concerns for some users. Although many apps list out privacy policies about their data collection, so it’s best to give them the benefit of the doubt. The best gboard alternative collections are mentioned above. However, if by “safe,” you mean security, then that’s a different story altogether.

Anyway, did you find this list of 4 Best Alternatives to Gboard for Android Phones to be helpful? Share your reviews in the comments about the best android keyboard you use.