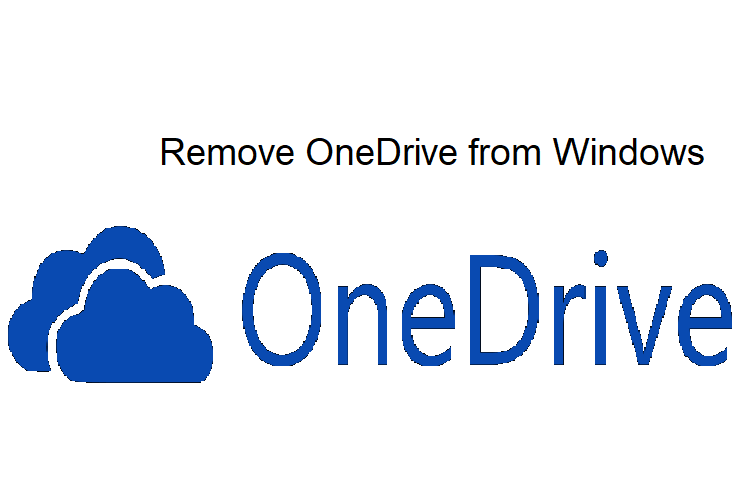 Cloud storage has been on the rise for quite some time now. Google Drive and Dropbox are leading the online storage race, with the other cloud platforms not far behind. In this race, Microsoft has also marked its own OneDrive platform. On the other hand, Microsoft, on its attempt to promote OneDrive, ships Windows 10 with OneDrive preinstalled. Most users prefer other cloud solutions. The problem is that Microsoft limits the user from uninstalling OneDrive from their systems. Now you can easily Remove OneDrive from Windows 10.

Windows OneDrive is a powerful memory eating software. It uses up most of the system resources as well as network data. If you’re also one such user like me wondering how to disable or uninstall OneDrive, go through the article to know more about removing OneDrive.

Read an in-depth article on Windows 10 Pro with Office October 2019 update and other features that come with the version of Windows 10 Pro Operating system here.

After that, type the following command and press Enter to start silent uninstallation of OneDrive from your system.

If you’re using Windows 32-bit10 system, then type in the following command

or if you’re using Windows 64-bit system, then type

Also, read if you want to uninstall Microsoft edge from windows 10 here!

Microsoft had realized its mistake of forcefully installing OneDrive upon its users. But, with the launch of Windows 10 Creators Update 1703 (Build Number 14986), Microsoft OneDrive is available as an independent application that can be uninstalled from the Control Panel itself. To do so, follow the steps below:

Scroll down and then select “Microsoft OneDrive” from the list. Next, you should click on the “Uninstall” button in the ribbon bar to uninstall the selected software from your system.

Even though the OneDrive application has been uninstalled from your PC. Its folder and registry entries would remain on your PC. You can remove those folders and registry by entering the following commands in the CMD.

And finally, write this command and you are have way done rd “C:\OneDriveTemp” /Q /S

Now head over to Control Panel > Programs > Uninstall a Program or Settings. After that click on Apps then Apps & Features, here you will find the “Microsoft OneDrive” app listed in the installed software category. Click on it and then finally click the “Uninstall” button to uninstall it. This is one of the simple yet easy ways of deleting OneDrive from your Windows 10 Pc.

Remove OneDrive From Your Windows 10 PC