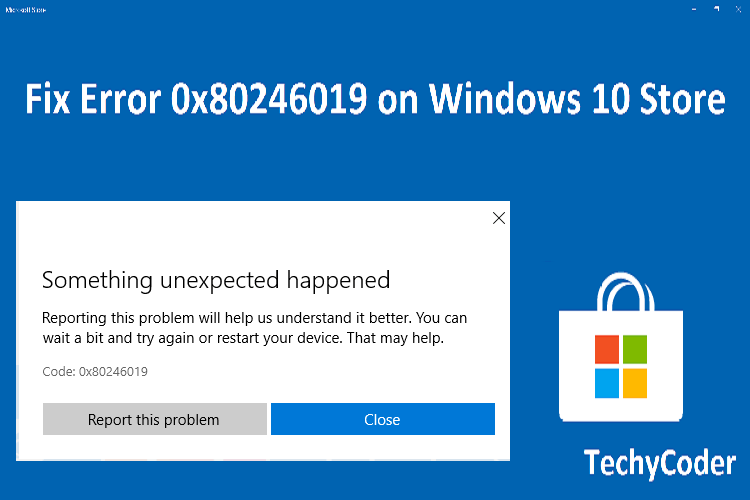 Microsoft unveiled its marketplace Microsoft Store with its release of Windows 10. Since then, it has been facing many issues like failed downloads to network unavailable error messages being thrown to the users while updating apps or starting the windows store. Recently, many users complained that they were unable to download apps and games from Microsoft Store. It downloads apps but then shows error on a feature update to Windows 10, version 1809 – error 0x80246019 while installing them. So, not much to say, I will show you how you can resolve/ fix error 0x80246019 on Windows 10 store with these two simple steps.

Here, we will use the Windows Powershell to restore many Windows settings, including Microsoft Store and other apps. This step will not erase any of your data present on your system.

So that was our quick and straightforward guide on how you can fix error 0x80246019 on Windows Store easily. Many users have been complaining about this 0x80246019 error. Anyway, you can go ahead and restore the default settings of your store with these two commands, and everything will start working as it used to. So that’s all from us. If you are still facing issues, then comment down below and let us know. We will try to help you out.