Samsung finally puts an end to the numerous leaks and rumours over its Galaxy and Note series flagships devices. The company has officially unveiled its new Lite series variants. The Galaxy S10 Lite release date and the Galaxy Note 10 Lite release date have gone official with premium flagship features. Both smartphones aim to offer a premium Galaxy experience at a low price, making them convenient options for anyone that wants a premium flagship phone without spending a heap of cash.

Samsung Galaxy S10e – Lots of power in a compact package.

Can’t wait for the Galaxy S10 Lite or Note 10 Lite? Samsung’s Galaxy S10e from 2019 is absolutely still worth picking up. It has a wonderfully compact body, a stunning AMOLED display, and blazing-fast performance. Add that together with dual rear cameras, lots of storage, and a 3.5mm headphone jack, and you end up getting a lot of phone for not much money.

The Samsung Galaxy S10 Lite has a 6.7-inch Super AMOLED FHD+ display and Infinity-O design is similar to the Galaxy Note 10 series. The S10 Lite lacks a 3.5mm headphone jack. However, the device is powered by a 7nm 64-bit Octa-core processor with up to 2.8 GHz speeds. The phone comes with up to 8GB RAM and 128GB of internal storage. The device runs on Android 10 out-of-box with Samsung’s own OneUI 2.0 on top. 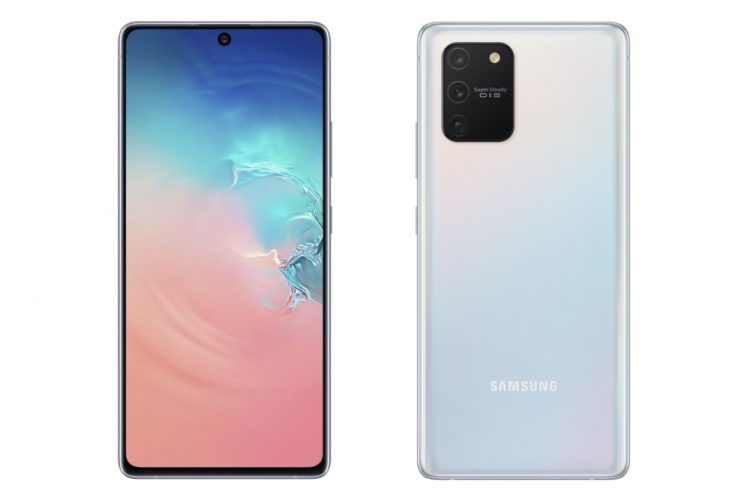 Putting all thing aside, Samsung’s Galaxy S10 Lite has the Pro-Grade Camera in the smartphone department. The smartphone has a vertical lens setup, which you can see in the image above with the text “Super Steady OIS” written next to the primary camera. The primary camera features a 48MP (f/2.0).

The primary camera is coupled with a 12MP (f/2.2) and a dedicated 5MP (f2.4) ultra-wide lens and a macro lens, respectively. Galaxy S10 Lite will have a Prism White, Prism Black, and Prism Blue color at the time of launch. There is a 32MP selfie shooter and is backed up by a 4,500 mAh battery. 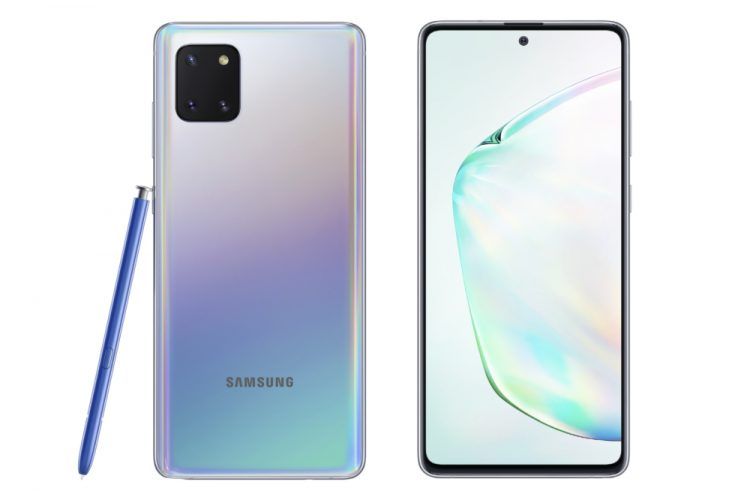 The Premium Note experience increases your productivity on the Galaxy Note 10 Lite with its signature S Pen. Bluetooth Low-Energy (BLE) support, control your video content or take a picture with the S-Pen.

The camera configuration is different from the setup on the S10 Lite: there’s a 12MP Primary wide-angle camera sensor with dual-pixel autofocus, an ultra-wide 12MP camera, and a 12MP telephoto lens. However, the selfie shooter is the same as on the S10 Lite, i.e., 32MP.

The device comes with 6GB or 8GB RAM options, with 128GB onboard storage to match the S10 Lite. Samsung also unveiled two new affordable smartphones in its Galaxy A lineup. The Galaxy A51 and A71 were also announced along with the Samsung Galaxy S10 Lite and Galaxy Note 10 Lite.

The price and availability details are still under covers for now, but we will update you once, we learn more about these two Samsung Galaxy S10 Lite and Note 10 Lite devices. So stay tuned for on-ground coverage from the CES 2020 in Las Vegas over the coming days.