Realme Own Customized UI Based on ColorOS 7 Launched

On Monday, Realme announced a roadmap for its very own customized UI that’ll be based on ColorOS 7 and Android 10 for their smartphones in India. The company has also introduced a beta program for X2 Pro users who can get their hands on the early version of the software starting December 18.

The custom UI to start rolling out for their phones beginning from January 2020. The latest Realme XT and 3 Pro will also receive the real me os update in January with the Realme X and 5 Pro in February as well. The X2 Pro and 3 will receive the ColorOS 7-based custom UI update in March and April. 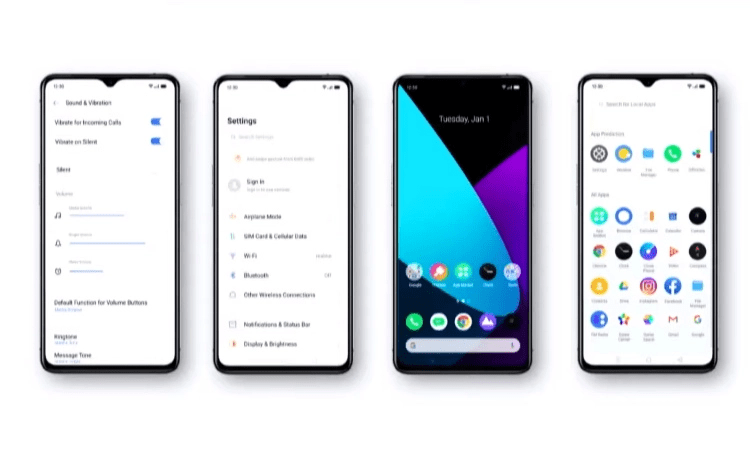 CEO of Realme India, Madhav Sheth, explained the custom UI, “It’s going to be bright, dynamic and passionate. It is the design of the future – Moreover, It will be very real inspired by the young generation.”

The company later talked about the icon design in UI and guess what it does look clean and straightforward. But, it’s considerably similar to the minimalistic icon design in ColorOS 7. There are only a few differences, but overall, they look the same to me.

The company also shared the UI rollout roadmap on stage and twitter mentioned below.

Now, for the one you have been waiting for.
The new realme customised UI based on Android 10 is set to launch starting January next year! Here’s the roadmap. pic.twitter.com/e7vDc9GZLG

This rollup is only a first look at the roadmap of the Realme customized UI based on ColorOS 7 launched, and there’s a lot more unknown to us. The work on Beta tester will be conducted for approximately two months, starting from 18th December 2019 to February 2020. Information and feedback will be collected from the ColorOS 7 Beta program to enhance the user interface experience further better.