First spotted by WABetaInfo, the new group calling participant limit has rolled out on WhatsApp beta 2.20.133 version on Android and iOS version 2.20.50.25. This new feature is yet to be released out publicly, but we can expect it to reach everyone sooner because of the current COVID-19 situation.

To start a group call with more than 4 group members, you just need to tap the call button at the very top right. Then, you need to select those members you want to invite for a group video call. You can now add up to 7 participants, and if you count yourself in, that makes the total 8 as shown in image above.

Now, if you want to start the WhatsApp group call with members outside your group, then head to the ‘Calls’ tab. Tap on the call bubble at the right bottom of the app and select the ‘New group call’ option. Now, select the contacts you want to have a group video call with. 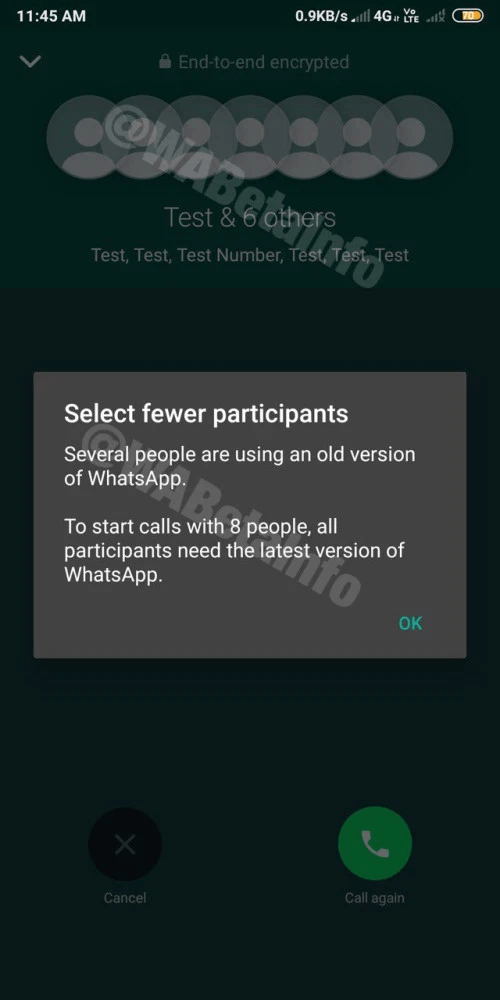 Moreover, the company is also said to be working on a new call header within the app. This header notifies the user that their calls are end-to-end encrypted.