15 Hidden Android Features You Should Know 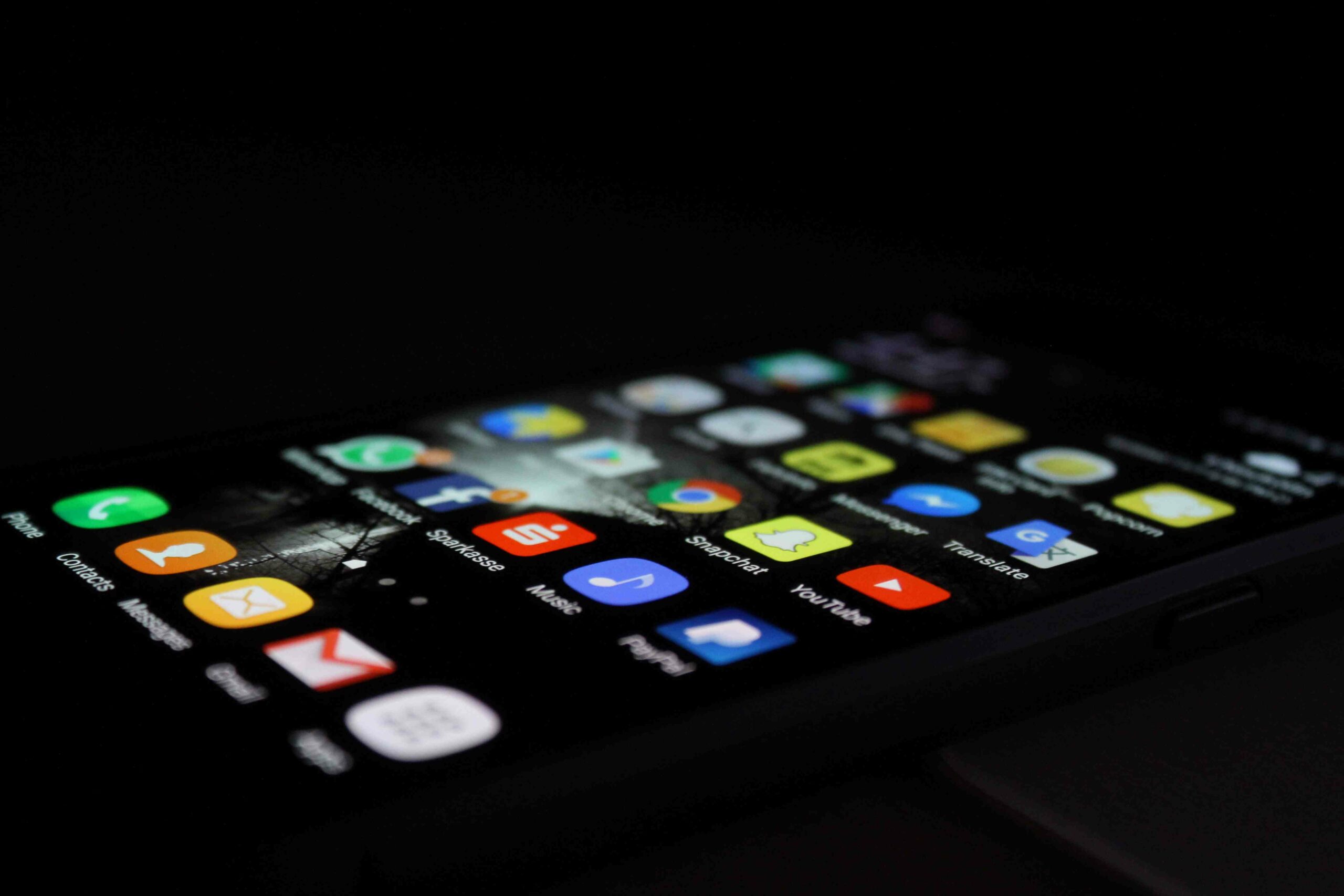 Android is, no doubt by far the most popular operating system for smartphones. Over time, Google has added and removed many features in Android. With millions of applications on the PlayStore, you can turn your Android Phone into an entirely different Android Phone. However, these are the 15 hidden android features that makes it to the Settings page and sometimes buried under different hidden places inside Android.

Android dominates the 87% of Smartphone Market, and this number is enough to give you an approximate number of users around the globe.

So, the question arrives, are you using your Android Smartphone at its best?

There are lots of hidden features in Android that you are not aware of. Here, We have mentioned some unknown Android features such as privacy, security, and of course, ease of use.

Here are the top hidden Android Features that you should know and often use.

This feature that I always keep turned on whenever I set up a new Android device is filtered spam calls. It lessens me from unwanted telemarketers, fraudsters and spammers. If you are using the stock Android device, you must have the Phone app by Google installed as your default dialer.

To enable the spam call blocking, open the Phone app and tap on the three-dot menu on the top-right corner and open Settings. After that, open “Caller ID and spam protection” and enable the toggles. Now, whenever you get a call by spammers, the screen won’t turn up or make any sound. It’s like DND with Total Silence turned on.

If you are already worried about missing important phone calls, don’t be. I’m using this feature for a quite long time, and I can affirm that this Spam protection works effectively. Though there are other apps like Trucaller with similar characteristics. You should be careful against handling your essential data to third-party apps. Especially given its questionable records.

Many of us allowed SMS permission to multiple apps for OTP verification. However, this can lead to a severe security breach as apps can read all your text messages and may transfer the same to the app server. The app can also build a credit profile without your consent. To track down this behavior, Google has brought a very new API called the SMS Retriever. It allows apps to use Autofill service to enter verification codes from text messages. So to toggle this feature, head over to Settings > Google > Verification code Autofill codes and enable the option. Make sure that you have enabled the Autofill service by Google.

3. Force Dark Mode on all Apps

The dark mode in Android is slowly becoming the norm. There are still some apps like Facebook and WhatsApp, which are yet to accept the dark side. However, if you want to force the dark mode on a vary of apps, then there is a hidden Android Setting for you that lets you do it. Access the hiding menu on your Android; your device must be on the latest Android build. To enable the dark mode for all the apps, head over to Settings > About phone and tap on the Build Number for seven to eight times continuously. A toast notification will show up the remaining tap is to be done, and then “Developer Options have been enabled.” Now go back to Settings and search for “Override force-dark” in the settings page. Tap the first result and then tap to enable it. To be sure, restart your phone and check if dark mode is working on all apps.

The Google company has brought a new feature called Focus Mode to Digital Wellbeing & parental control with the launch of its latest Android 10. When it comes to Digital Wellbeing, it’s by far excellent at limiting the screen time of various apps. That helps you focus on what you were doing by blocking specific apps entirely, so you don’t get disturbed.

To Configure Focus Mode, go to Settings > Digital Wellbeing > Focus Mode, Turn it on. Here, you can choose the apps that you may find disturbing and can enable Focus Mode Straight from the Quick Panel.

Android has some of the best unique features like split mode, which makes it different from iOS. It lets you run any two apps at once so you can smoothly multitask between them. By default, not all apps support Split Mode, and that’s when this hidden feature comes into play. With this, you can force any app to resize in split mode, regardless of the app compatibility. So to enable this hidden feature, you need to jump to Settings and search for the “resizable”. Open the first result and then enable “force activities to be resizable”. After doing this, Restart your device, and you can use any app in the Split mode.

When it comes to security “Smart Lock” is another more significant feature of Android which came with Lollipop Update. This feature is for the users who have sensitive data in their Android Smartphone (Not all those chats & photos). Using this Smart Lock, you can lock your device until you get satisfied with the conditions you have applied.

The phone can only be unlocked when it comes to a particular location, and you can also add a voice lock. Moreover, you can also add an On-Body Detection security feature where the phone will stay unlocked. When it is in your hand, and the phone will automatically get locked when you place your phone anywhere. To use Smart Lock, first, go to Settings > Security > Add a Screen Lock (If you don’t have already) > Open Smart Lock and choose your security type.

If you connect your Android devices regularly to PC, then this secret feature is going to help you a lot. Android 10 OS now allows you to choose your default USB configuration. If you transfer data regularly, then you need to have these settings enabled, head over to Settings and search for “Default USB configuration” and tap on the first result that comes up. Then Choose, “File Transfer” or any settings based on your requirement.

The very cool feature is Private DNS, which was launched with Android Pie, it still is one of the least talked features of Android. Private DNS allows you to encrypt your DNS query so no one can read it, even your internet service provider. You can find it in Settings > Connections > More Connection Settings > Private DNS. Here, open “Private DNS” and select Automatic for Google’s DNS or you can select from other DNS providers like Cloudfare’s DNS is recommended.

Google has removed show taps, after the release of Android Oreo, while screen recording for security reasons. However, the hidden setting is still available. You need to open the Settings page and search for “taps”, open the first result and enable the option. Now, you can record screen with taps from the list of top 15 hidden android feature.

One of the best and easiest Android hidden features is that you can uninstall multiple apps at once. It works on any versions of Android. The things you need to do is open the Play Store and tap on the right top corner hamburger design and select “My apps and games”. Here, switch to the “Installed” section and then tap on “Storage”. After that, choose apps that you want to uninstall and hit that “Free Up” button. Multiple apps just got uninstalled in only one tap.

Chrome sometimes gets notorious for piling up a large amount of data in the background, which makes the performance bad and also takes up storage space. To check, and clean memory space, Open chrome on your android device and go to its settings page and then navigate to Site Settings.

This feature is something new in Google Maps. The Street View is an immersive way to explore places and find new landmarks, hotels, restaurants from anywhere around the world, and it works pretty well. Start Google Maps and tap on the “layer” icon present on the top-right corner. Now, tap on the “Street View” icon and then zoom out to find blue lines on the map. Tap on the blue lines and the Street View will automatically show up for that place and the list of 15 hidden android feature.

14. Boot The Device in Safe Mode

Android Os is one of the most stable operating systems, but sometimes it is also vulnerable to performance issues.

To go to the Safe Mode, You have to press/ hold the power button as you do it to turn it off after the menu appears.
Than on Screen press and hold Power Off option to open secret option and boot it to safe mode.

Navigate to Settings -> Advanced Features -> Motions and gestures -> One-handed mode. choose from the options (gesture/ button) that works best for you, and give this feature a try — this gesture function works only from home screen and in any app.

So those were the Best 15 hidden Android features that are very interesting and enhances your overall smartphone experience. We included many types of functions from privacy to small utilities which are convenient.

Comment and let us know about the other features we might have missed. What you think about these features, do let us know in the comment section below.